The theme of the conference was Moving Forward with CHC Innovation and we joined some of the industry’s most innovative and influential figures as they passed on their peerless knowledge and advice.

Janet said: “The conference was a great event to reconnect with clients and the Nicholas Hall team at a Face to Face event. We picked up some really interesting insights on consumer behaviour post pandemic”.

As sponsors of the event, the Nicholas Hall team were keen to interview Janet and Ben whilst there.

If you’d like to talk to our team about how we can provide support at all levels, from strategy through to administration, please email consultancy@jensongroup.com 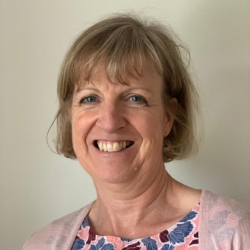 Janet Worrell
Janet is Head of Regulatory at JensonR+ Ltd and joined the company in April 2019 after running her own consultancy business, consult2deliver limited, based in BioCity Nottingham.