Medical Devices Regulation in the UK

The Independent Medicines and Medical Devices Safety Review, which delivered its report this July (2020), has highlighted the importance of strengthened regulations that do more to protect patients. The MHRA has responded by saying: “We are committed to improving the standards and scrutiny of medical devices that reach UK patients. This will be enabled through the powers currently being created through the Medicines and Medical Devices Bill 2019-21”

The Bill gives the Secretary of State a delegated power to amend or supplement the Device Regulations in the UK, independently of the way they are regulated in EU.

Clause 12(1): The Delegated Powers will give the Secretary of State the “ability to keep pace with [technological] advances and adapt and improve the medical devices regulatory regime accordingly” while also:

Chapter 2 provides the Secretary of State with new powers to impose civil sanctions for breaches of the Medical Devices Regulations 2002 which offers an alternative to criminal prosecution.

The MHRA currently has investigatory and enforcement powers under the Consumer Protection Act 1987, the Medical Devices Regulations 2002 and General Product Safety Regulations 2005 to ensure the safety and quality of medical devices.  Accordingly, the MHRA’s current enforcement powers are set out in multiple pieces of legislation and the current structure does not enable the MHRA to operate efficiently. Under the Bill, a consolidation of powers is intended to “significantly improve the MHRA’s ability [to] promote and support industry compliance” while also providing industry with “clarity and certainty regarding legal obligations.

Clause 13(1) Subsection (1)(h) creates a provision to establish and maintain a UK specific register of medical devices, alongside the ability to make some or all of the information held on the register publicly available.

Comments: This has come about due to growing (UK based) criticism through reports, Media, MP’s and during debate. Summed up best by Lord O’Shaughnessy, a former Health Minister, who moved a debate on The Safety of Medicines and Medical Devices in the House of Lords in February 2019 where it was stated that it was: “imperative that the Government support the MHRA and other agencies to use technology and other innovations to improve post-licensing surveillance of medicines and medical devices”. During that debate, Lord Bethell described the rising use of medical devices and the urgent need for a unified national medical devices registry to make it easier to keep track of what products are on the market and to measure performance and issues.

In its press release, following the publication of the Bill, the Government stated that the Medicines and Medical Devices Bill will:

“allow the government to ensure medical devices are subject to the highest standards of regulation, further boosting patient safety and ensuring the UK leads the way in developing pioneering health technology. With a faster, more flexible system in place, regulators will be able to respond to changes in technology or patient safety concerns as soon as possible. Companies will need to register medical devices with the Medicines and Healthcare products Regulatory Agency (MHRA), ensuring suppliers follow strict safety checks and enabling tough enforcement action if something goes wrong. The Health and Social Care Secretary will be given the power to disclose specific information about devices to members of the public and the healthcare system, subject to appropriate safeguards, when there are serious patient safety concerns”.

Clause 15 enables regulations to be made that relate to the supply of a medical device in an emergency. It makes provision for the “disapplication” of certain regulatory requirements if there is a need to “protect the public from a risk of serious harm to health” and will enable regulations to be made and brought into force immediately. (under negative procedure). It is expected that such regulations would only need to be in place for a very short period of time, potentially shorter than it would take to schedule and hold debates.

Clause 16 gives the “enforcement authority” the power to issue a “compliance notice” on “a person involved in marketing or supplying a medical device” when it is suspected that the person is “not complying with a medical devices provision”.

Clauses 20 and 22 outline the process through which those subject to a notice can challenge this via the courts.

Clause 23 makes it an offence to breach an enforcement notice, while the subsections set out the maximum conviction a person may receive if found guilty of an offence, namely:

Clause 24 provides for a defence of “due diligence” to those charged with an offence under section 23 if they took “all reasonable steps” to avoid committing the offence.

Clause 26 of the Bill makes provision for civil sanctions  – notably the imposition of a monetary penalty, applicable to any person committing an offence in relation to medical devices.

Paragraph 9 of Schedule 1 gives the Secretary of State the power to make supplementary regulations regarding the operation of the civil sanction’s regime.

The Secretary of State shall publish guidance regarding the sanctions that may be imposed as well as publishing reports which are expected to name companies and the penalties incurred.

Clause 27 gives the enforcement authority the power to apply to a lower court for a forfeiture order, and sets out how this process should be handled, if there has been a breach of a medical devices provision.

As a last resort, and where there are no alternative intermediate steps to protect health and safety, Clause 30 outlines the circumstances under which a medical device could be recalled by an enforcement authority whilst Clause 31 sets out the power of a customs officer to temporarily detain a medical device.

Commenting on the enforcement provisions, the law firm Mills & Reeve stated that introducing: a method for affected individuals to bring civil proceedings if they are affected by a breach of medical devices legislation […] raises the prospect of a clear path to damages claims, without resorting to general product safety legislation.

Clause 34(5) places restrictions on the disclosure of “commercial sensitive information” by the Secretary of State while Clause 34(8) makes clear that disclosures must not contravene data protection legislation or the Investigatory Powers Act 2016.

NB Real-time political and regulatory announcements may impact the accuracy of content. 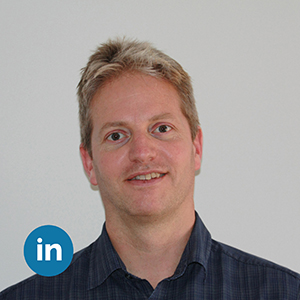 Matt Burton
Matt is a pharmaceutical industry professional with over 24 years of experience in the sector. He supports clients by providing technical oversight from concept right through to post-licensing.